A gradual rise of the Earth’s temperature has been generally accepted. The cause of this effect is the gradual increase of the greenhouse gases with carbon dioxide being the biggest problem. As the world becomes more industrialized and as the population exponentially increases, the need for energy is ever increasing. The major source of energy is derived from fossil fuels, oil, gas, and coal, all containing carbon and produce carbon dioxide when burned.

CURRENT SOLUTION
The present approach to solving the problem is to attempt to control the production by increasing thermal efficiency and burning fuels containing less carbon like natural gas. These efforts are commendable and do have some impact on the carbon dioxide production. But the ever-increasing industrialization and increase in world population make these efforts not enough to prevent an increase in carbon dioxide. Short of stopping the world from industrializing and increasing in population – another solution is urgently needed. Finding a solution on the consumption side is needed.

MECHANISM
A mechanism is needed to transfer carbon to carbon dioxide from the atmosphere, where it’s a serious problem, to the soil where it can be extremely beneficial. The amount of carbon existing in the world’s soil is disappearing at an alarming rate. The major element in the fertility of the soil is its carbon content. The carbon is in the form of flora, fauna, organic matter, proteins, sugars, carbohydrates, and other carbon substances in the soil. The proteins, sugars, and carbohydrates feed the micro-flora existing in the soil. What feeds these micro-flora are the plants.

CARBON DIOXIDE
The problem arises from the inability of the plant to transfer nutrients containing carbon to the micro-flora also containing carbon. Why does this problem exist? The first and formative reason is that the soil is gradually dying. The micro-flora are being killed by the use of synthetic fertilizers, pesticides, and ever-increasing environmental pressures such as pollution. If the soil is dying all over the world, then the ability of the soil to sequester carbon is being lost. Soil can be a tremendous carbon sink if the soil is alive and working symbiotically with the plant. Interest in the soil is quickly being lost, i.e., commercial agriculture views the soil as only a place for the plants to reside with all the plant nutrients being provided synthetically. In this manner of agriculture, the carbon in the soil is not needed and if for some reason some extent of carbon is needed which in most cases does not exist anymore, the plants are genetically altered to survive in a soil far from optimum soil fertility. The problem of dying soil can be even made more immediate. The lawns, shrubs, and trees at the place we live, be it an apartment, home, or condo contains plants that are being fed for the most part synthetically, and the soil is in the process of dying. Again, the carbon sequestering ability of the soil is being lost at a tremendous rate.

Carbon dioxide that exists in and around where we live, work, and play is being hampered from being transferred from the air to the soil because we have ruined the mechanism by which this occurs. Dying soil in the world is a serious problem. The major reason being that the soil can be a very efficient carbon sink being a place where the carbon from the air can be transferred to the soil. But, without the microflora, this process cannot happen. The continued use of synthetic fertilizers, chemicals, and existences of pollution has caused the soil to gradually die, losing its ability to be a carbon sink. The problem becomes somewhat more complicated because it’s not a linear dying but exponential dying, meaning overall dying will come at an extremely fast rate. The overall efficiency of the plant is not an on and off mechanism, but rather a gradual process such that as the stresses increase on the plant, be it from pollution, synthetic fertilizers, and chemicals, the plant adjusts itself to maintain life at all costs.

MOVING FORWARD
It can be deduced then, that the plant has different levels of existence, i.e., the plant can be very vigorous to a level of being barely surviving and other levels in between with the final level being dead. This same premise would be true for all living organisms. It is well known in the microorganism world that if the stresses placed on an organism becomes greater and greater, the organism will eventually go to sleep to protect itself and as long as the stresses are not severe enough to kill the organism, the organism will stay in this sleep state until the stresses are relieved and conditions become favorable for the organism to reawaken. So, let us say, that as the stresses on the world increase, no matter what stresses there may be, the world is gradually going into a sleep state.
Hopefully, the stresses will subside before everything in the world is killed. If this hypothesis is accepted, we are now somewhere on this exponential curve where the world is somewhere between being a very vigorous place and a place being asleep. Why is this important? Well, the more vigorous the world is, the more efficient transfer of carbon from the atmosphere as carbon dioxide to the soil via photosynthesis will occur. Then, the proposed solution to reducing the increase in carbon dioxide in the atmosphere is to reinvigorate the world. 1st Choice Fertilizer, Inc. has invented a process referred to as “Earth-Care Organic Fertilizer™ ” that does exactly that. The implementation of this technology to grow plants greatly and increases their vigor greatly, which improves the transfer of carbon from the air to the soil both by increasing the carbon sequestering nature of the plant and the carbon sequestering nature of the soil. 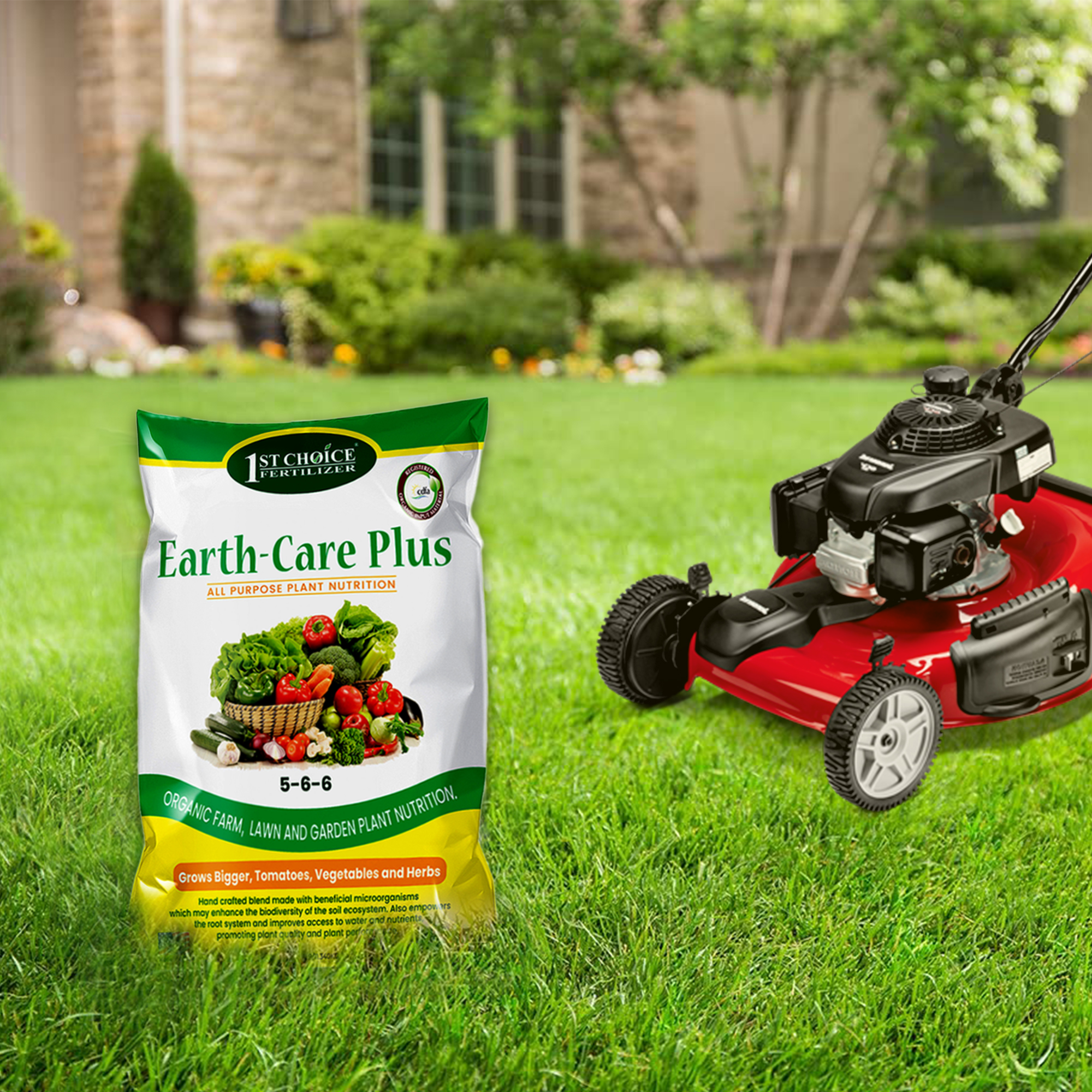 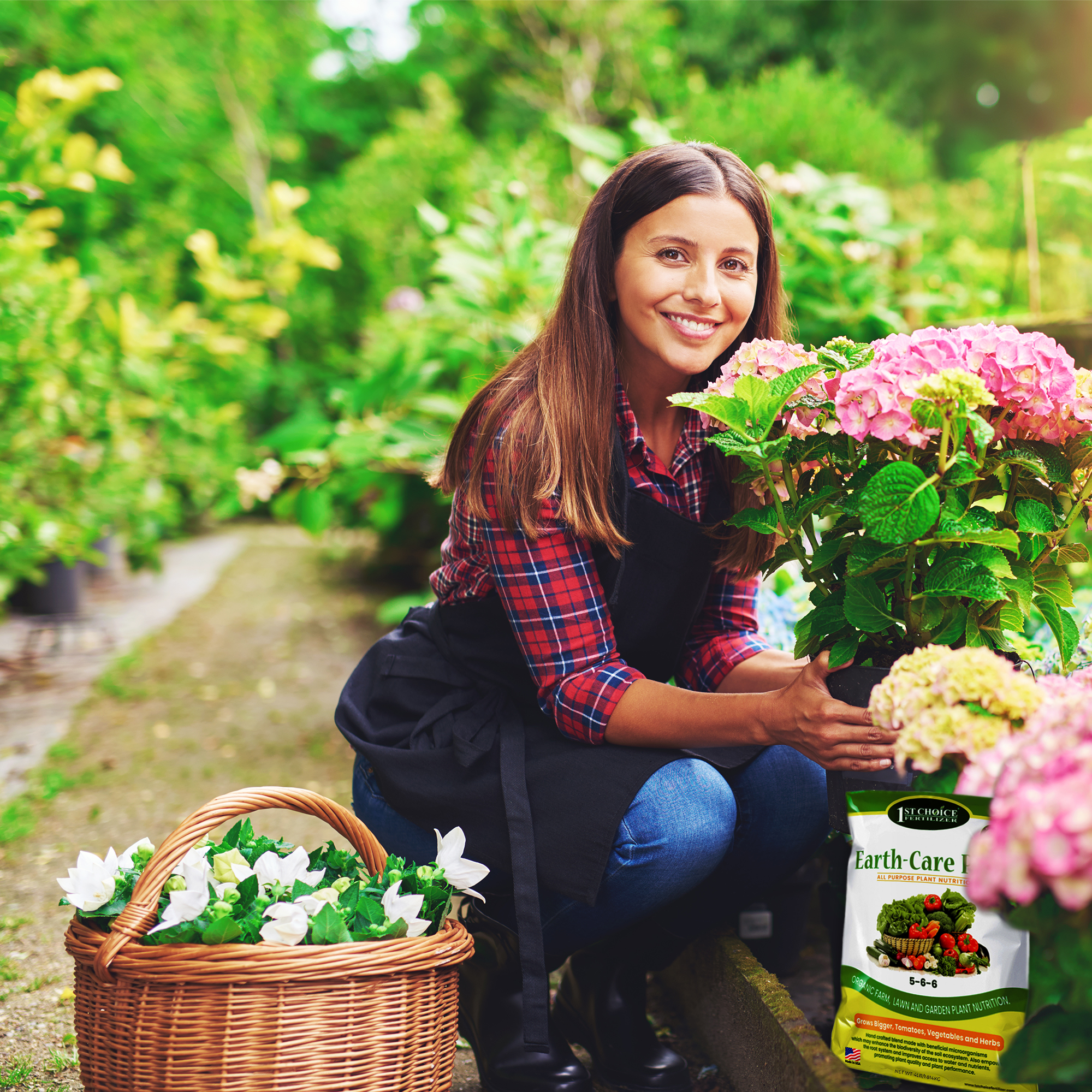